Analysis, Reconstruction, and Evaluation of Arguments 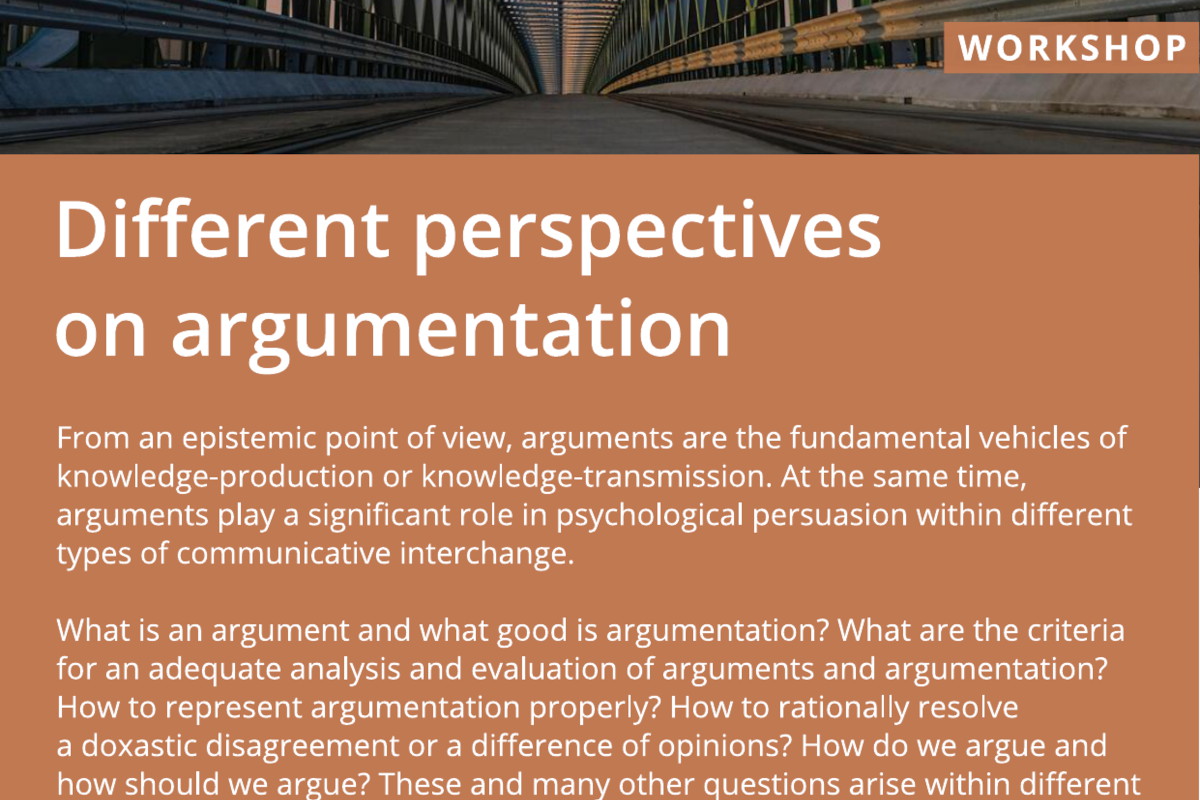 From an epistemic point of view, arguments are the fundamental vehicles of knowledge-production or knowledge-transmission. At the same time, arguments play a significant role in psychological persuasion within different types of communicative interchange.

What is an argument and what good is argumentation? What are the criteria for an adequate analysis and evaluation of arguments and argumentation? How to represent argumentation properly? How to rationally resolve a doxastic disagreement or a difference of opinions? How do we argue and how should we argue? These and many other questions arise within different fields of philosophy and science. Logic, (formal) epistemology, argumentation theory and cognitive psychology focus on arguments, inferences and fallacies of reasoning from different perspectives.

The aim of this workshop was to bring together a sample of research traditions which track the various logical, methodological, linguistic, psychological and pragmatic aspects of arguments and argumentation.

The workshop included three talks by invited lecturers. Each was followed by comments from a designated commentator and a brief response from the lecturer.

Comments by Barbara Osimani, followed by a response from Jan Sprenger and a plenary discussion.

Barbara Osimani is an associate professor of logic and philosophy of science at the Polytechnic University of the Marche (Ancona).

Jan Sprenger is a professore ordinario at the Center for Logic, Language and Cognition, Department of Philosophy and Educatino, University of Turin.

Comments by Jonas Raab, followed by a response from Ulrike Hahn and a plenary discussion.

Ulrike Hahn is a professor of psychology at the Department of Psychological Sciences, Birkbeck University of London.

Jonas Raab has recently completed his PhD. in philosophy at the University of Manchester.

Comments by Daniela Glavaničová, followed by a response by Bart Verheij and a plenary discussion.

Bart Verheij is an associate professor of artificial intelligence and argumentation at the University of Groningen.

Daniela Glavaničová is a researcher at the Department of Logic and Methodology of Sciences (Faculty of Arts, Comenius University in Bratislava).